B8 - Contrasting Concepts of Governance in Danzig, C. Lodz

B8 - Contrasting Concepts of Governance: The Free City of Danzig and the League of Nations between local and transnational conflict management (1918-1939)

Which strategies did actors from Danzig, the League of Nations, the German Empire and Poland employ to resolve or intensify political disputes on matters of traffic, trade, economic and the environment in Danzig?

Which interpretative knowledge did actors introduce, particularly in the development or containment of trade relations (in the hinterlands, the Baltic Sea region and globally), or the combat of environmental problems (flood-management in sections of the lower Vistula river, city water and sewage treatment).

Clash of the action strategies of local, national and international actors 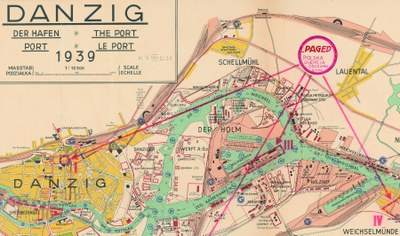 You are here: Home / Research / B – Case Studies on Past and Present / B8 - Contrasting Concepts of Governance in Danzig, C. Lodz