The dramatic developments in Ukraine in 2013/2014, the Crimean annexation in 2014 and the subsequent Western sanctions against Russia thrust the continent into a renewed East-West conflict. Despite the Ukrainian-Russian crisis being the most tangible element of this conflict, the other regional conflicts in Eastern Europe which have remained unresolved have also garnered attention. The continued existence of conflict led to the present-day conclusion that previous miscalculations were impeded by inadequate interpretations rather than a lack of factual knowledge. Accordingly, the LOEWE research cluster “Conflict Regions in Eastern Europe” is guided by the principle to establish interpretative insight as a criterion for resolution strategies, to develop new forms of scholarly communication between the East and West, thereby mending the renewed rift in Europe. The aim of this LOEWE research cluster is to advance a new typology of conflict regions through direct dialogue with partners in Eastern Europe on the basis of a multi-perspective analysis of past and present conflict regions – using frames of reference from historical, linguistic, cultural and social studies. Together with our contributing partners in Hessen, we will present the research cluster’s results to the public in an envisioned transfer project.

The interdisciplinary research objectives cover a broad range of topics: The new LOEWE research cluster examines historical as well as modern-day conflict regions in Eastern Europe including and beyond the current Ukrainian-Russian crisis. Which actors and media are party to these conflicts, how do the conflicts manifest, which dynamics characterise the conflict processes and how should competing interpretations be assessed? These questions among others are addressed by researchers in 3 postdoc and 9 doctoral projects. 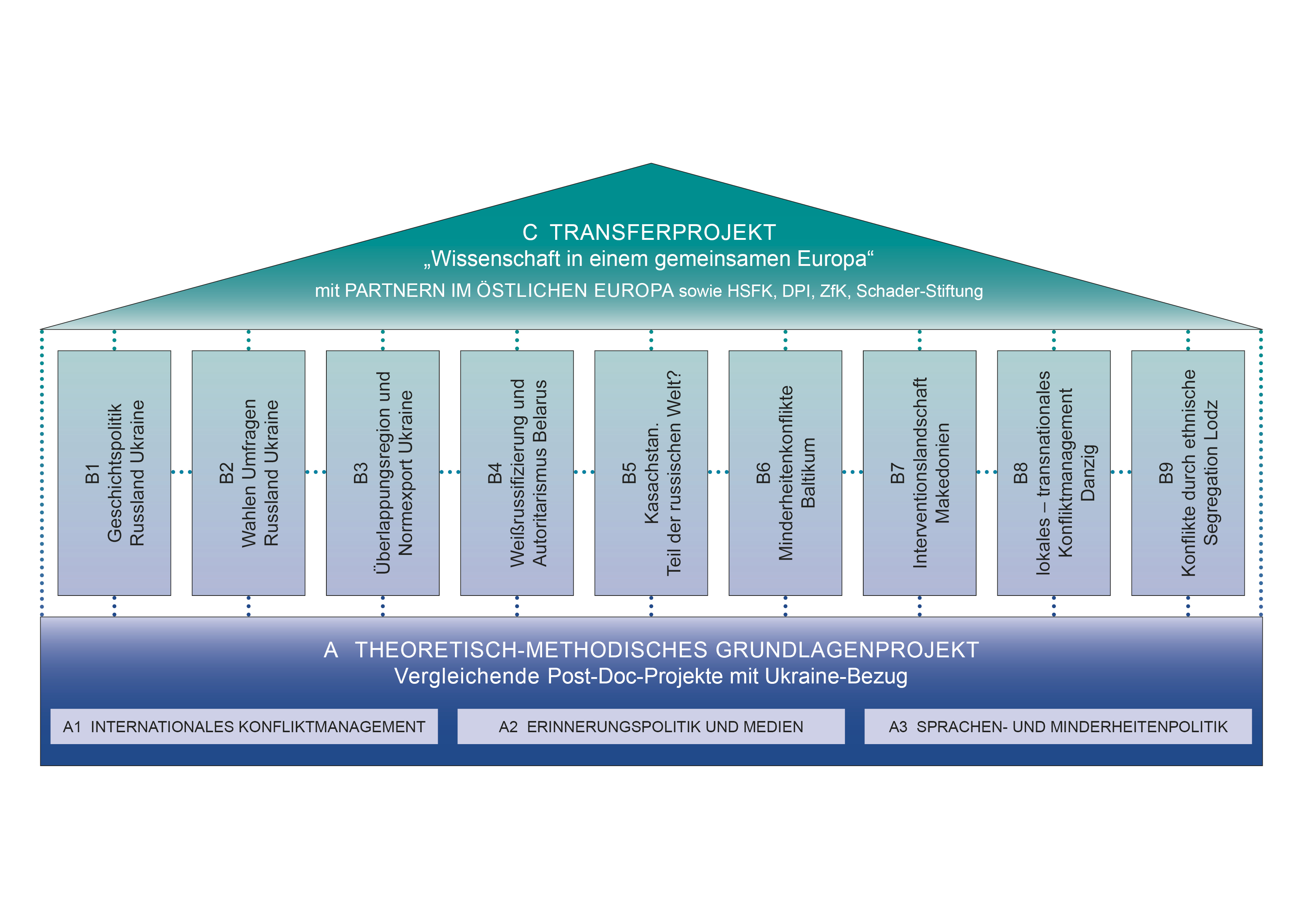 The transfer project “Science in a Collective Europe” collects the knowledge gained to present to the scientific community and society at large. It aims to transmit the results to the interested public and to strengthen and develop new forms of East-West scientific communication. In cooperation with the Peace Research Institute Frankfurt (Hessische Stiftung Friedens- und Konfliktforschung [HSFK]), the German Poland Institute (Deutschen Polen Institut [DPI]) and the Schader Foundation, the envisioned efforts and activities will address five subprojects in various publication formats.

The participating departments are: